Through tripartite collaboration, the mobile app was created by a Singapore-led team from Conservation International in consultation with NParks with support from the Microsoft AI for Earth program. The app will be used by Singapore National Parks Board officers to combat the illegal wildlife trade.

In accordance with Appendix II of the Convention on International Trade in Endangered Species of Wild Fauna and Flora (CITES)[1], there are approximately 1,000 species of sharks and rays worldwide, of which more than 30 species are listed in Appendix II of CITES for regulated trade. In Singapore, more than 160,000 kilograms of CITES-listed shark and ray fins entered borders between 2012 and 2020[2]. The current process requires officers to collect fins from each shipment for DNA testing to determine its species. This takes on average up to a week.

Fin Finder streamlines this process by allowing officers to take photos of fins which will be compared against a database of over 15,000 shark and ray fin images via an AI-driven algorithm in the app. . In seconds, the AI-powered application running on Microsoft Azure will quickly and accurately provide visual identification of shark and ray species on site and allow officers to quickly flag suspicious fin shipments for testing. additional DNA in order to stop the illegal shark trade. and ray-finned.

Dhanushri Munasinghe, Project Coordinator, Conservation International Singapore said: “Sharks and rays play an important role in maintaining marine ecosystems by controlling other fish populations. If they were removed from our oceans, the consequences would be disastrous for the health of the oceans, which would affect us , as well as our food security. As the world’s most important transshipment hubs, Singapore is well placed to combat the illegal wildlife trade. Conservation International, backed by Microsoft and other partners, is delighted to support Singapore and the leadership of the National Parks Board of Singapore in conservation through the establishment of Fin Finder”.

Dr Adrian Loo, Group Director Wildlife Management, NParks, said: “When wildlife is traded illegally, the consequences are far-reaching for many ecosystems, economies and communities around the world. By using cutting-edge technology in the creation of Fin Finder, we can strengthen the fight against the trade illegal shark and ray species under CITES regulations and strengthen Singapore’s ability to conserve valuable biodiversity. The collaboration with Microsoft and Conservation International also reinforces the importance of collective public and private sector efforts in combating the trade illegal wildlife.

Ivonne Higuero, Secretary General of CITESsaid: “The first step in ensuring that international trade complies with CITES regulations comes with the sometimes difficult process of identifying species in trade. Fin Finder is a welcome and innovative addition in fin identification and will complement other tools such as iSharkFin. It will provide customs and law enforcement officials with an easy-to-use tool that will contribute to international trade in CITES-listed species that remains legal, traceable and sustainable.”

Beyond identifying illegally traded shark and ray fins, Singapore National Parks Board officers will also use Fin Finder as a one-stop repository of relevant shark and ray species. The app also provides on-site access to reference documents that can be used for validation of permits or CITES-approved shipping documents. This feature should reduce the time and effort spent validating shipments, allowing officers to help bring the illegal wildlife trade to a faster end.

Fin Finder, a complex AI and cloud-based mobile app that runs on Microsoft Azure, was created in just nine months to fill a pressing need. The project was led by a Singapore-based team that was supported by a highly collaborative consortium of global conservation and technology experts, with resources, data and volunteer contributions from Microsoft, Conservation International, the Singapore National Parks Board , Sineurope Pte Ltd, Rumah Foundation, Coastal Natives and Wild Me.

Richard Koh, Chief Technology Officer, Microsoft Singapore, shared, “AI has the potential to solve critical environmental challenges. By taking AI tools out of the lab and into the hands of experts in the field, we can accelerate new solutions for a better world. That’s why we’re proud to support Fin Finder as it protects the world’s populations of sharks and rays and preserves the life of our oceans. By preserving wildlife with the help of technology, future generations can enjoy our world. natural, because we empower every person and every organization on the planet to achieve more.

Fin Finder is a project of Microsoft AI for Earth, a global program that supports organizations applying responsible AI and cloud computing to solve critical environmental problems. The program is part of Microsoft’s AI for Good initiative, which aims to solve the world’s toughest problems, from climate change to agriculture, biodiversity and water. To date, AI for Earth has awarded 138 grants to individuals and businesses in over 45 countries around the world.

Notes to Editor:
The Convention on International Trade in Endangered Species of Wild Fauna and Flora (CITES) is an international agreement that regulates international trade in wild animals and plants to ensure that it does not threaten their survival.

Microsoft (Nasdaq “MSFT” @microsoft) is enabling digital transformation in the era of intelligent cloud and intelligent edge. Its mission is to empower every person and every organization on the planet to achieve more.

About the National Parks Council

The National Parks Board (NParks) is responsible for improving and managing our city’s urban ecosystems in the wild. We are the leading agency for greenery, biodiversity conservation and the health, welfare and management of wildlife and animals. We also work closely with the community to improve the quality of our living environment.

NParks manages some 400 parks, 3,347 hectares of nature reserves, the Singapore Botanic Gardens, Pulau Ubin and the Sisters Islands Marine Park. This is complemented by the extensive network of Nature Ways and the more than 300 km Park Connector network that connects major parks, nature areas and residential developments island-wide. Each year, we organize more than 3,500 educational and awareness programs in our various green spaces.

NParks has developed an urban biodiversity conservation model, which aims to conserve representative ecosystems in Singapore, where land is scarce. NParks also monitors and coordinates measures to improve the presence of biodiversity in our urban landscape.

NParks works closely with partners in the landscaping, horticulture, veterinary and animal medicine industries to increase productivity and provide training for all levels of the workforce. Improving industry skills will support Singapore’s vision of being a city in nature.

Conservation International protects nature for the good of humanity. Through science, policy, fieldwork and finance, we highlight and secure the places in nature that matter most to climate, biodiversity and people. With offices in 30 countries and projects in more than 100 countries, Conservation International partners with governments, businesses, civil society, indigenous peoples and local communities to help people and nature thrive together.

In Singapore, Conservation International is a registered charity approved by the Charities Commissioner with the status of a Public Character Institute (IPC). Go to

Conservation.org to find out more, and follow our work on 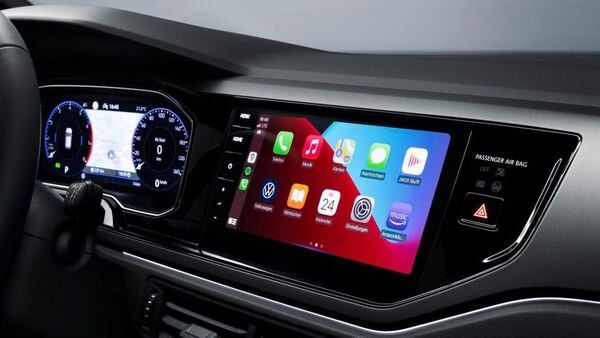